BOZEMAN — Montana State University will celebrate what would have been the 100th birthday of alumnus Maurice Hilleman with a series of events starting next week.

A 1941 Montana State graduate with dual degrees in chemistry and microbiology, Hilleman is credited with saving the lives of millions through the development of a variety of vaccines, including eight of the 14 vaccines commonly given to children. His name is often spoken along with Jonas Salk and Louis Pasteur as pioneers who fundamentally changed human health.

Events celebrating Hilleman at MSU include the following. All are free and open to the public.

In addition, MSU will distribute 100 celebration kits to 100 classrooms on Hilleman’s 100th birthday so more students can learn about the life and legacy of their fellow alumnus, said Carina Beck, director of MSU’s Allen Yarnell Center for Student Success.

“We hope Montanans feel a sense of deep pride when they learn more about the incredible story of Dr. Maurice Hilleman,” she said. “The series of celebrations and events over the course of this next year reminds us that amazing and really life-changing outcomes can occur when the Montana work ethic is combined with a passion for improving people’s lives through inquiry, innovation and science.” 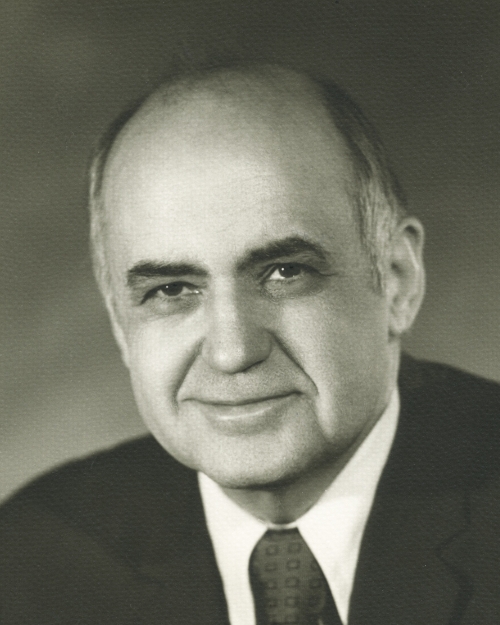 MSU graduate Maurice Hilleman, who saved the lives of millions by developing a wide array of vaccines, will be remembered on what would have been his 100th birthday on Aug. 30 with events on campus.

Hilleman was born on a farm near Miles City in 1919. His early days were marked by adversity: His twin sister died during childbirth and his mother died two days later. He was raised by an aunt and uncle on the family farm and as a child was expected to work hard and contribute to the family.

Hilleman had been planning to accept a coveted career-track job at a J.C. Penney store in Miles City when his older brother told him that Montana State College — now MSU —offered scholarships. Hilleman applied, won a scholarship and enrolled.

After graduating from Montana State at the top of his class, he went on to do graduate work at the University of Chicago, where he eventually helped develop a treatment for chlamydia after discovering it was caused by bacteria and not a virus. Over the next 43 years, Hilleman became the world’s leading vaccinologist, developing more than 40 important vaccines for human and animal health. Of the 14 vaccines commonly given to children, Hilleman developed eight. Among them are vaccines for measles, mumps, hepatitis A, hepatitis B, meningitis and pneumonia. Hilleman — who spent the majority of his career at Merck and Co. — also gave the world a more complete understanding of the ways different strains of the flu virus change from year to year. The need for an annual seasonal flu vaccine is due to these ongoing and subtle changes.

When Hilleman died in 2005, scientists quoted in his New York Times obituary credited him with probably saving more lives than any other person in the 20th century.

Now, Hilleman’s legacy lives on at his alma mater through the Hilleman Scholars Program. Exclusively for Montana residents, the program was inaugurated in 2016. Each year approximately 50 Hilleman scholars are selected based on personal essays, nomination letters, grades and financial need. But paramount in the selection process is evidence of significant academic, leadership and career potential.

Hilleman scholars are eligible for up to $8,000 in tuition assistance for their first year and $4,000 per year for the following three years. Scholars who maintain satisfactory academic progress and demonstrate exemplary commitment to the program in the first three years may also be eligible for an additional $3,000 at the end of their junior year to apply toward a study abroad experience.

The program begins with a month-long Summer Success Academy on the MSU campus that boosts college-level math, writing and critical thinking skills and equips students with effective learning strategies for the coming academic year. There is also a heavy focus on leadership training and career planning.

To be accepted as a Hilleman Scholar, students must commit to work at their education beyond ordinary expectations and help future scholars that come after them. All scholars are expected to graduate in four years.

To learn more about Hilleman’s life and work, visit montana.edu/news/11470/.